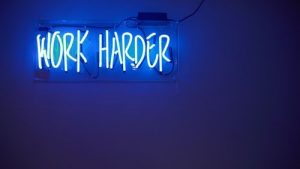 Have you ever felt as if you are a bit of a fraud?  A fake?  That it is only a matter of time before someone finds out that you are nowhere near as competent as everybody seems to think?

Well you might be suffering from Imposter Syndrome.  But don’t worry too much – you are in good company.

The original study (Clance & Imes, 1978) focussed on women but subsequent research has found that men are affected too and it is generally thought that around 70% of the population experience Imposter Syndrome at some point in their lives.  There is still some debate around the extent to which it affects women v men – the general belief is that it is fairly equal but that men find it harder to express their vulnerability.  It has been found that women are more likely to experience symptoms if they work in male dominated fields or in teams with a strong male bias.

This is not a complex or a mental illness – in fact it is not really even a syndrome.  Pauline Clance, who coined the term, has since said that she wishes she had called it the Imposter Experience.

Imposter syndrome is essentially a deficit of confidence.  It is most likely to be experienced by high achievers, by people who are striving for excellence.  As these people are continually pushing themselves beyond their comfort zones it is perfectly natural that they feel out of their depth or lacking in confidence.  Others can see that they are achieving great things but the individual feels only a looming sense of imminent failure.  Positive feedback on performance causes some anxiety as the gap widens between personal confidence and the confidence other people have in them.

The experience can manifest itself in perfectionism, over-working and a fear of failure.  Fear of being found out often results in an attempt to work even harder still.

So, if this is you, what can you do about it?

First ask yourself if you want to do anything about it.  A mild case of imposter syndrome can motivate you to work hard and achieve great things.  It can work for you as well as against you and it is the brake that stops you from becoming arrogant and over-confident.  If you are confident in some areas of your life but experience occasional wobbles then well done, you are doing really well.

If the lack of confidence is causing you some stress and anxiety you might want to consider taking your foot off the accelerator and allowing yourself to catch up a little.  If this doesn’t help and you find yourself becoming less confident across other areas of your life too, you might want to consider working with a coach or mentor to help you get some balance back.

If you feel anxious and overwhelmed all the time you should get some help sooner rather than later.  Speak to a coach or counsellor and you might need to consult a doctor too.

But what if you have never experienced Imposter Syndrome?  What if you don’t really know what I am talking about?  Well, this may also be of concern.

On the positive end of the scale it may be because you are appropriately confident at all times.  This would be unusual but it is at least theoretically possible for people to always operate at a level of stretch that eases them out of their comfort zone gently and allows them to consolidate learning and achievement before moving on.

Alternatively, it may be because you have never stepped out of your comfort zone, because you under achieve and don’t stretch yourself at all.  If you are happy like that it’s not a problem but under achieving can bring about low confidence and depression.  Seek help if that is the case.

You may not recognise Imposter Syndrome because you know you are an imposter!  This is rare but some people really are lying and cheating their way into jobs that they have neither the experience nor the qualifications for – think Frank Abagnale Jr. in the Leonardo DiCaprio film “Catch Me if You Can” – Abagnale worked as an airline pilot, a doctor and a legal prosecutor despite being qualified for none of those roles.  Such people would be considered to be sociopaths.

Essentially, the vast majority of people suffer from variations of confidence in their ability throughout their lives, it’s perfectly normal, until it’s not.  As always, the real problems exist at the extremes of the continuum.  If your experience doesn’t feel normal to you, if you are getting feedback from others that seems to be very different from your own experience then consider seeking some help.  Get in touch if you would like to discuss this further.

For everyone else, just keep ticking along with your own beautiful but imperfect, roller-coaster lives.

Please let me know if any of this seems familiar, it would be good to demonstrate how common Imposter Syndrome is.