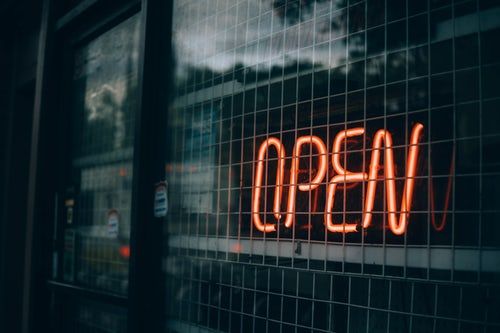 In recent blogs I have been talking about how to be a fully functioning person. One of the factors needed is the ability to engage with new experiences and new ways of thinking without prejudging them. To prejudge is to judge a situation before you have experienced it, before you have adequate evidence to draw any kind of conclusion, to be, in effect, closed-minded about the possible outcomes.

So, who are these closed-minded people?

Quite frankly, it’s all of us – some of the time. Have you ever heard yourself say “I won’t like it” or “I don’t want to do that because it will be boring / scary / upsetting etc.” If so, you are prejudging a situation and potentially missing out on an enjoyable or enriching experience.

I regularly work with people who suffer from social anxiety and they are very likely to prejudge situations as an avoidance strategy. Just thinking about a room full of people can make them feel anxious – logic dictates that going to such an event will be even worse, so they don’t go. And yet, the only way to be a fully functioning person, is to go to the event, accept the anxiety, use some coping strategies and learn – reflect on the fact that they were in a room full of people and nothing bad happened.

I have known people condemn themselves to continued loneliness because they have prejudged on-line dating services as being ‘not for them’, I have met adults who, despite poor health, eat from a very limited range of foods because they are convinced they ‘won’t’ like foods they have never tried. I have, myself, refused to watch a film because I believed (without watching it) that it contained excessive violence and yet, when I finally gave in to encouragement, found that the film was rather wonderful.

Prejudging situations can have an extremely limiting effect on an individual’s life or might simply mean they miss an opportunity to add a little colour or texture to an evening.

However, being closed to new ways of thinking can, potentially, have a catastrophic outcome when combined with power.

Politicians who systematically dismiss any view which did not come from their own party (this often comes with the tag “Loony Left”, “Libtard” or “Fascist”) risk the future of the country’s economy, security, health and education.

Closed-minded business leaders can have a huge impact on society as evidenced by the recently released Hampton Alexander Review into low numbers of women on the boards of FTSE 350 companies. One (male) exec stated that “Most women don’t want the hassle or pressure of sitting on a board”, another that “All the ‘good’ women have already been snapped up.” These comments suggest that prejudging women’s needs, wants, rights and abilities accounts for much of the disparity. Being closed minded in this way has a possible impact on the earnings potential of more than 50% of the population and limits the future success of the country’s top businesses (and, therefore, the economy.)

So, regardless of how much power you personally wield, it is time to stop pre-judging situations and to allow yourself to learn from every new experience. Take yourself on an experiential journey and discover the joys of the unknown.

Maybe one day we will also be governed and lead by some fully functioning women and men who are open to new ways of thinking.