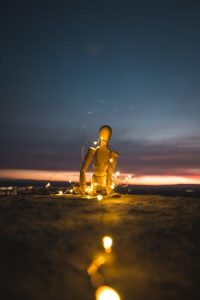 When you first read the words “Respect Yourself” in the title of this blog, it may well have triggered an internal rendition of the Staple Singers song in your head (if you are very unlucky it might have been the Bruce Willis cover version!)

I am glad the song is there – keep singing it as an all-day reminder to respect yourself.

According to the OED respect is “a feeling of deep admiration for someone or something elicited by their abilities, qualities, or achievements.”  It means having “due regard for the feelings, wishes, or rights of others.” But it’s not just “others”, you should respect yourself too.

Women, particularly, are much ruder to themselves than they are to other people.  I grew up hearing my mother mutter “stupid woman” to herself whenever she made a mistake.  I regularly challenge clients over the awful language they use to and about themselves (“I’m such a tw*t”, “why do I always have to f**k things up?” etc.) language they would never use about other people.  And yes, I am guilty of negative internal dialogue myself at times.

I have friends who regularly say yes when they want to say no because they have more regard for other people’s wishes than they do for their own.  They cancel their own plans to babysit grandchildren, they miss out on family time to work unpaid over-time and they relinquish their rights and needs in a hundred tiny acts each day (who has the remote control in your house?)

Make a list of your own abilities, qualities and achievements and remind yourself how wonderful you really are.  Take some time to think about what you really want or need and ask for it (or just get it yourself).  Say no occasionally – it will remind people that you are an autonomous human being and make them more appreciative when you do say yes.

These days, when I hear myself say negative things I try to challenge myself and re-frame the situation.  Last time I heard my mum call herself a “stupid woman” I responded by saying “please don’t speak to my mother like that”, she laughed but took the point.

This week I challenge you all to respect yourself.  Notice how you talk to yourself and be kinder in your internal dialogue.  Challenge your friends and family to respect themselves too.

Now, how does that song go again..?