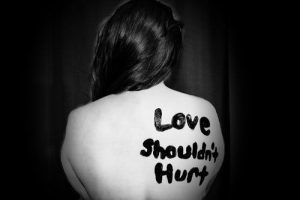 This week is Domestic Abuse Awareness Week.  Yesterday was designated the International Day for the Elimination of Violence Against women.  I do not need to tell you how abhorrent it is that such things are needed.

According to recent UN figures:

All over the world today women are working, raising their children and meeting friends whilst simultaneously hiding evidence of violence.  Women who do seek help are often stigmatised.  But that risk does not mean that you should not seek help.  No one should have to live in fear.

Domestic Abuse Awareness Week is designed to do exactly what its says – to raise awareness.  If you are in a situation which scares you  please understand that you are not alone.  If someone has committed/is committing acts of physical, sexual or psychological violence against you, it is not your fault.  Here are some places where you can get help.

Where to Get Help

Women’s Aid provides advice and support for women across the UK and run secure, safe refuges for women fleeing violence.

First Light support people (including men and children) affected by Domestic Abuse and Sexual Violence across Devon, Cornwall, the Isles of Scilly and Swindon & Wiltshire.

If you are at immediate risk of harm please call the police on the 999 emergency number.  If the risk is not immediate you can, if you wish to, contact the police for general advice and support on the 101 non-emergency number.  Most police forces in the UK have a dedicated team who are used to dealing with crimes of this nature.  If you do not wish to go to the police any of the other organisations listed above can help and support you.

NB – Yellow Dot Women is a blog for and about women and yesterday was designated a day for women.  This does not mean that men are not subjected to violence and I would urge men in this situation to seek help too.