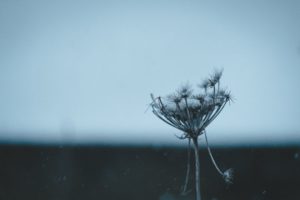 How resilient are you?

You may have noticed that resilience is a hot topic at the moment.  News headlines tell us that employees lack resilience in the workplace.  Universities report that students are incapable of facing setbacks.  And, in that great indicator of fashionable trends – magazines are full of chirpy little quizzes designed to measure your resilience.  But resilience is so much more than the latest fad.  It is integral to good mental health and to survival in a changing world.  So, back to my original question:

How resilient are you?

If you find yourself riding a roller coaster of emotions – up one minute and down the next.  If you often feel that life is treating you unfairly.  If you regularly think “poor me” or “it’s not fair”.  If you constantly feel stressed and overwhelmed, then you could probably stand to develop more resilience.

In materials, resilience refers to the ability of an object to return to its original form after being bent or stretched.  It is an items’ resistance to breaking under strain.  Think of a tree in a storm – a resilient tree will bend and sway but, when the storm passes, the tree will look pretty much the same as it did before.

In humans, resilience is a very similar thing.  It is essentially a person’s ability to recover from adversity.  Not, you will notice, to be unaffected by life’s storms, but to bend without breaking, to face problems and then recover.

Why does resilience matter?

Frankly, resilience matters because adversity will happen.  Every adult will, at some point, have to face big problems like illness, bereavement, job losses, financial challenges or relationship breakdowns etc.  In addition, they will face a multitude of smaller, every day challenges like a crying baby, an increasing workload or a fall out with a friend.

Why are some people more resilient than others?

Now we are entering the realms of the great nature/nurture debate.  Some people are simply more resilient.  They have a naturally optimistic and positive attitude to life and they bounce back from adversity with relative ease.  Some may see life more negatively.

Resilience is also a learned behaviour.  A child who is allowed to explore, to make decisions, to fail and to face the consequences of her actions, is likely to learn how to be resilient.  A child who is shielded from life’s challenges may not learn any coping mechanisms.  A toddler who is not allowed to climb (she might fall) becomes fearful and risk averse.  A child who is constantly told she is perfect may come to believe it.   A teenager who is always defended by her parents (against teachers, other children etc.) does not learn to take responsibility for her actions.  These are not qualities which lead to resilience.

How can I develop more resilience?

Learning happens in adulthood too.  If you can learn a lack of resilience in childhood you can develop more resilience as an adult.  The following will help:

How resilient are you?  If your answer is “not resilient enough”, you might want to consider working with a counsellor or a coach to develop your ability to ride life’s ups and downs without being consumed by them.  To find out more click the button below and get in touch. 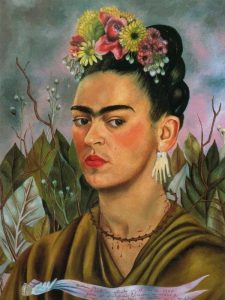 We all need role models in life, someone to look up to, someone to make us want to be better versions of ourselves.  Frida Kahlo’s success as an artist is more than enough to make her a worthy role model for women everywhere, however, last weekend I visited the Frida Kahlo Exhibition at the V & A and discovered how much more there is to admire about this remarkable woman.

I have written and re-written this blog about 8 times so far because it just keeps growing.  I didn’t want to write a comprehensive biography but there is so much to say about Frida Kahlo that I have found it impossible to be succinct without leaving out great swathes of important information.  I have tried and failed to keep it brief but still hope that you will be inspired to read more for yourselves.

For me, the most inspiring things about Frida Kahlo are her passion, the contradictory nature of her existence and her resilience.

It seems to me that everything Frida Kahlo did was done with passion.  She said of her work that “I never paint dreams or nightmares, I paint only my own reality” but that reality is full of colour and vibrancy, of political metaphor and deep levels of symbolism.

Her marriage to the artist Diego Rivera was unconventional and deeply passionate.  Her friends and family struggled to understand the connection, Frida’s mother described it as the “union between an elephant and a dove.”  When they married Frida was twenty two and tiny whilst Diego was 42 and weighed over 20 stone.  Over the years they each had multiple affairs including with Leon Trotsky (Frida) and Frida’s sister (Diego) but they were continually drawn back together to the extent that they even divorced in 1939 but remarried in 1940.

“I’m convinced of my disagreement with the counterrevolution – imperialism – fascism – religions – stupidity – capitalism – and the whole gamut of bourgeois tricks – I wish to cooperate with the Revolution in transforming the world into a class-less one so that we can attain a better rhythm for the oppressed classes.”

Frida Kahlo was a mass of apparent contradiction, by which I mean that she more interested in her personal truth than in consistency.

Born on 6th July 1907, she often lied and said that she was born on 7th July 1910 (the start of the Mexican revolution) so that her birth would mirror the birth of Modern Mexico.   Yet her work and her personal style both drew deeply on the old folk traditions of Mexico, she embraced Mexicanidad, the idea of reclaiming pre-colonial Mexican culture and this is evident in her dress as well as her work.

She was an atheist and a communist and yet her work often featured religious iconography and was heavily influenced (particularly in the 1930s) by retablos or votive paintings – small, amateur paintings intended to thank the saints for their intervention in preventing a calamity.

Frida painted a number of portraits and self-portraits in the classic, colonial style but subverted the form by depicting the subject (often herself) as less beautiful than in reality, emphasising features such as her apparent mono-brow and moustache.

I hear repeatedly that resilience is in short supply these days.  Frida Kahlo is a one woman lesson in strength of character, largely because everything she achieved was done against a backdrop of extreme pain.

Frida contracted polio at the age of six, leaving her right leg shorter and thinner than the left.  At eighteen she was involved in a traffic accident (a collision between a streetcar and the bus she was travelling on) and sustained serious spinal and pelvic injuries.  Her injuries prevented her from becoming a doctor but, during her initial recuperation, she took up painting and art became central to her existence.

“The only thing I know is I paint because I need to.”

Over the years she underwent multiple surgeries and was forced to wear medical corsets made of leather and steel, or plaster which was cast directly onto her body.  In her hospital bed, unable to sit or stand she would use a hand held mirror to enable her to paint intricate images on her corsets.  In this way she made them her own, rather than just an intrusive encumbrance.

She continued to paint even when her leg was amputated (she had gangrene in her foot) and when surgery went wrong leaving her with a deep infection.  Her work often depicted her as broken and yet, the work itself was a denial of her frailty.

Her trademark style of dress, which drew on folk culture, was also chosen because it was comfortable to wear and hid the worst of her injuries because she refused to allow her physical condition to define her.

I should, at this point, also point out that Frida Kahlo swore, told ribald jokes and had multiple affairs. She took an excess of opiates to manage her pain and drank excessively,

“I drank to drown my sorrows, but the bastards learnt how to swim.”

Her final days were spent, bedridden, with bronchopneumonia and she died aged 47, officially of a pulmonary embolism although there was no autopsy and it is strongly believed that she took a deliberate overdose of her pain medication.

But role models are not supposed to be saints.  None of us can or should aspire to that level of perfection  For me, Frida Kahlo will always be a role model for being real, for her passion, her apparently contradictory nature and first and foremost for her resilience.

The Frida Kahlo Exhibition: Making Herself Up, is on at the V & A until 4th November.  Tickets are sold out but a small number are released each morning when the museum opens at 10.00 a.m.  I recommend getting there early to be in with a chance.